There is a chronic lack of useful and recent maps of how to get around Cairo and Transport for Cairo aims to fix that. Alongside our digital mapping, we are making convenient Transit Maps that can be printed and distributed. Transit maps are a quick and easy way to communicate information about the transportation network independently of direct communication.

Modern Transit maps are based on a century-old design by Harry Beck for the London Underground. Since then, modern techniques have enhanced and developed the transit map to solve unique challenges in diverse transportation networks around the globe. TfC develops multiple prototypes for transit map that covers almost all of Cairo. Designed as a result of map design workshop with students as well as professional designers and engineers, we have produced the first transit map that incorporates much more than one transportation network. Traditionally, a map includes the network of one mode of transport: metro, bus, or commuter rail. Our map prototype, however, is well suited to combine several modes into one integrated map that can serve as the go-to solution for commuters on a daily basis.

The static transit map we are designing can be used to address many customer needs. It is beneficial to include a map of the entire network on the inside walls of each bus in the network. This map shows customers how to benefit from the system as a whole and not just the one they are on. It can show them where to transfer to reach a stop that is closest to their final destination.

A printed map can also be used for marketing as well as branding. If it is given out or sold in a folded and compacted version, it can show potential customers the benefits of using the system as a whole. Imagine looking at a way to get to the train station: Taking a quick glance at the pocket map will tell you which buses will connect your starting point to Ramses train station.

Finally, this map can be accessed online by a much wider, potentially international audience. We routinely get inquiries online from tourists about where to start using the local transportation system and their search is limited to the internet. Having a publicly accessible map will encourage everyone who is unfamiliar with the public spaces in Cairo to take their first step in the local transportation system. 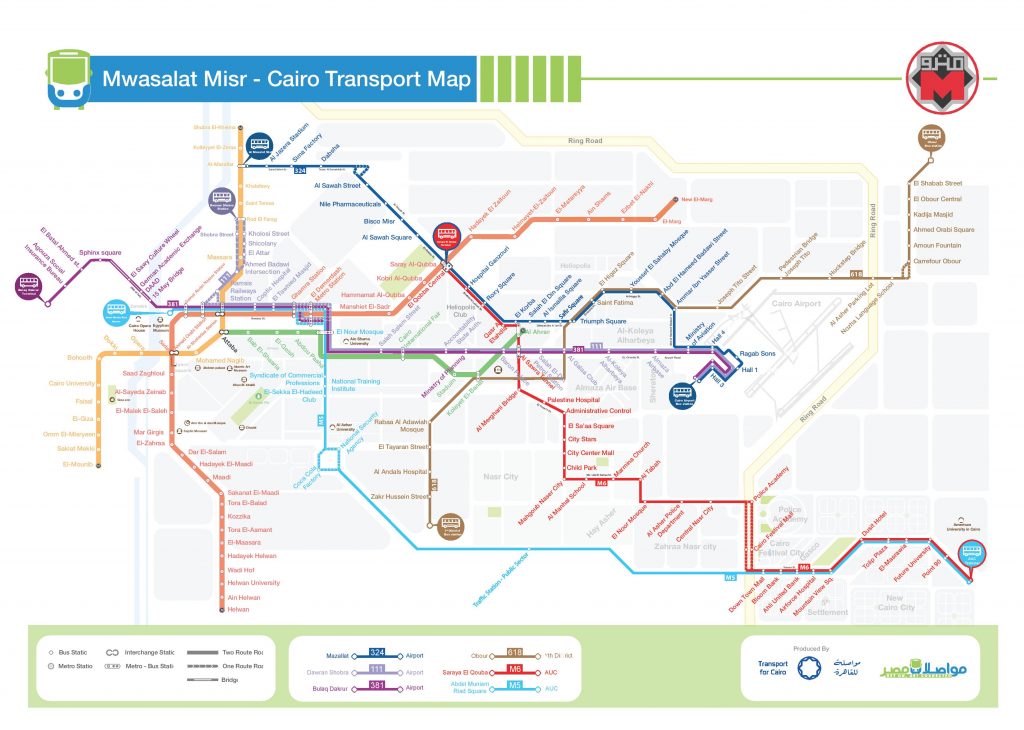 Mwasalat Misr, Network as of November 2018 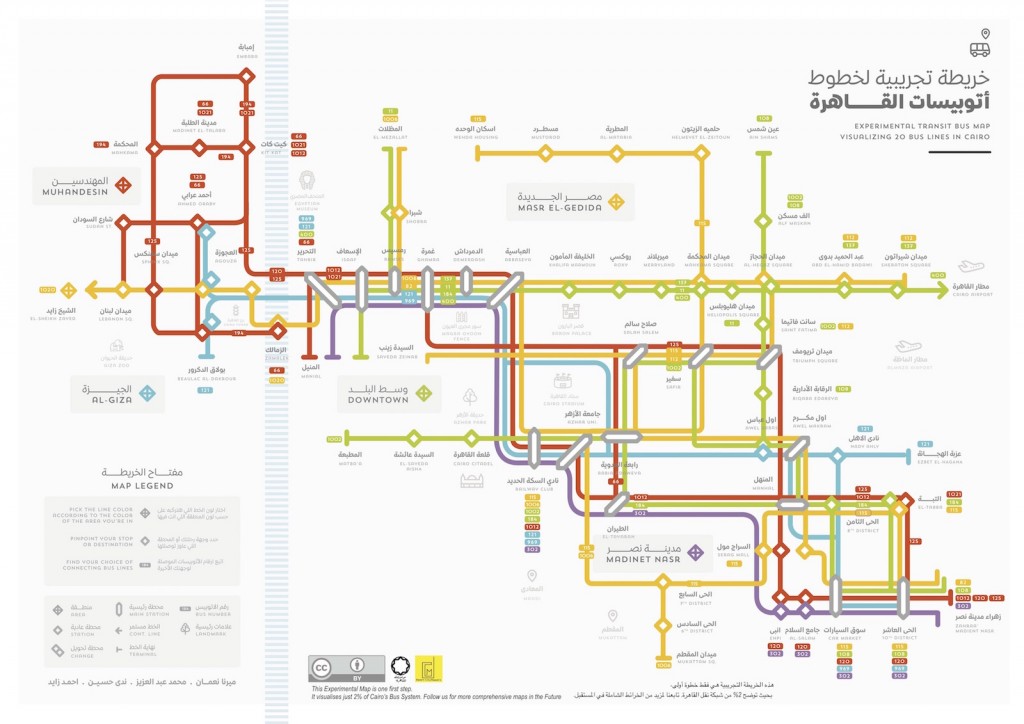 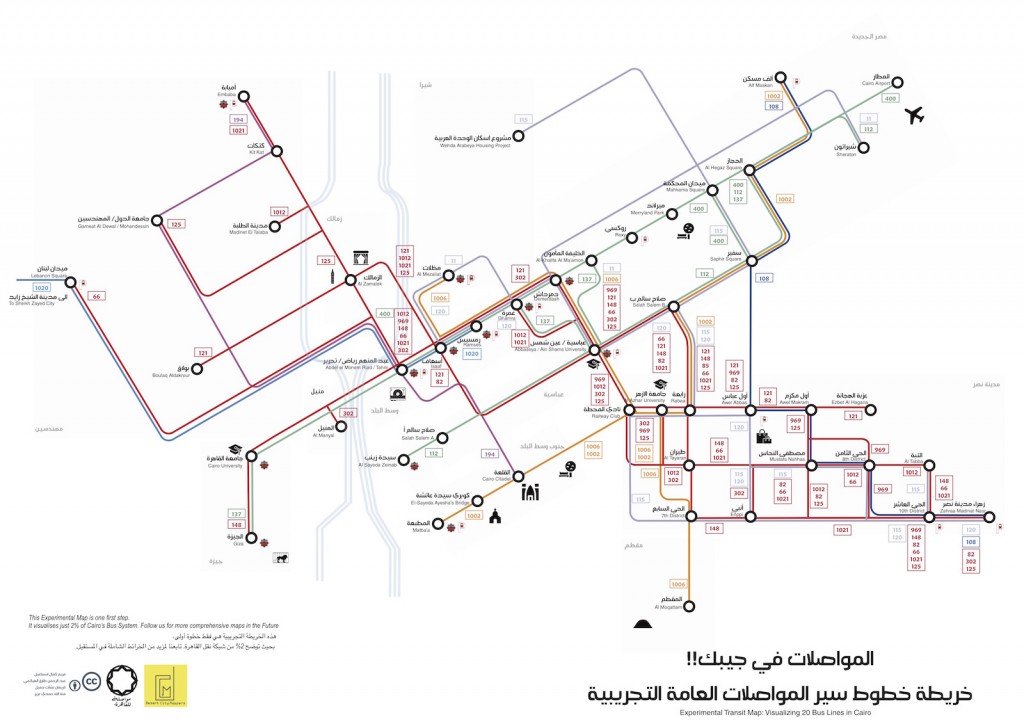 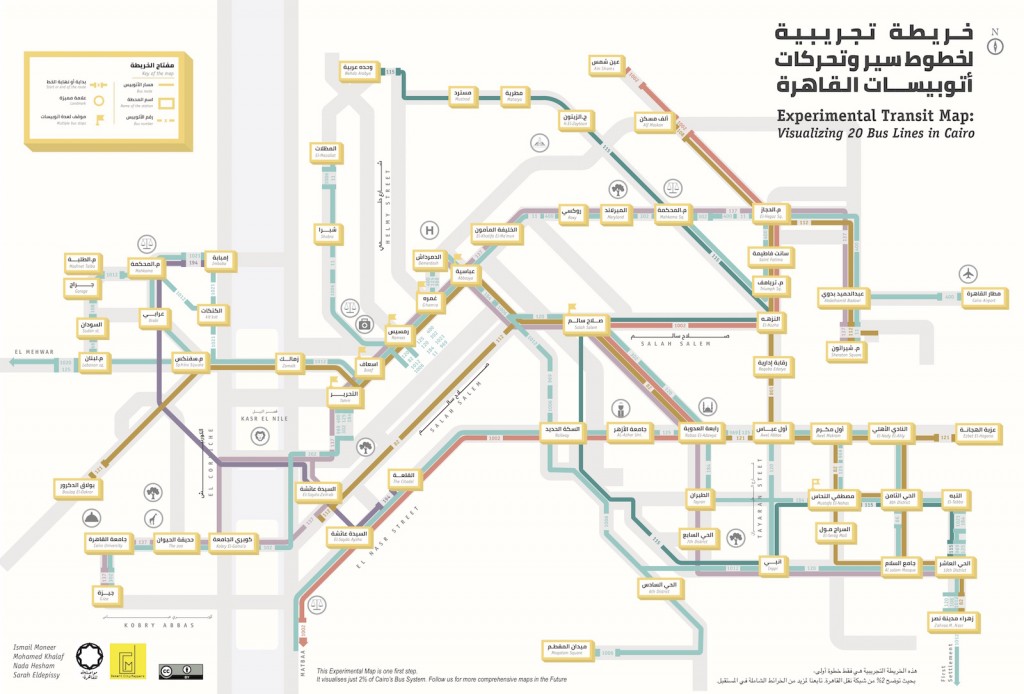 If you would like us to produce a custom physical map for your business, feel free to contact us.